How to start using Git with some basic commands

So today we'll talk a bit about Git and we'll see some basic commands for you to start using it. So, what is it? Git is a version control system mainly used for software development. Basically is a way of saving code on a remote repository, you can then have a local copy of this repository on your computer and work on this code. You then just send the changes you made on your code to the remote repository and Git will keep track of all the different versions of this code. If something goes wrong you always have the ability to go back to an older version of the code. 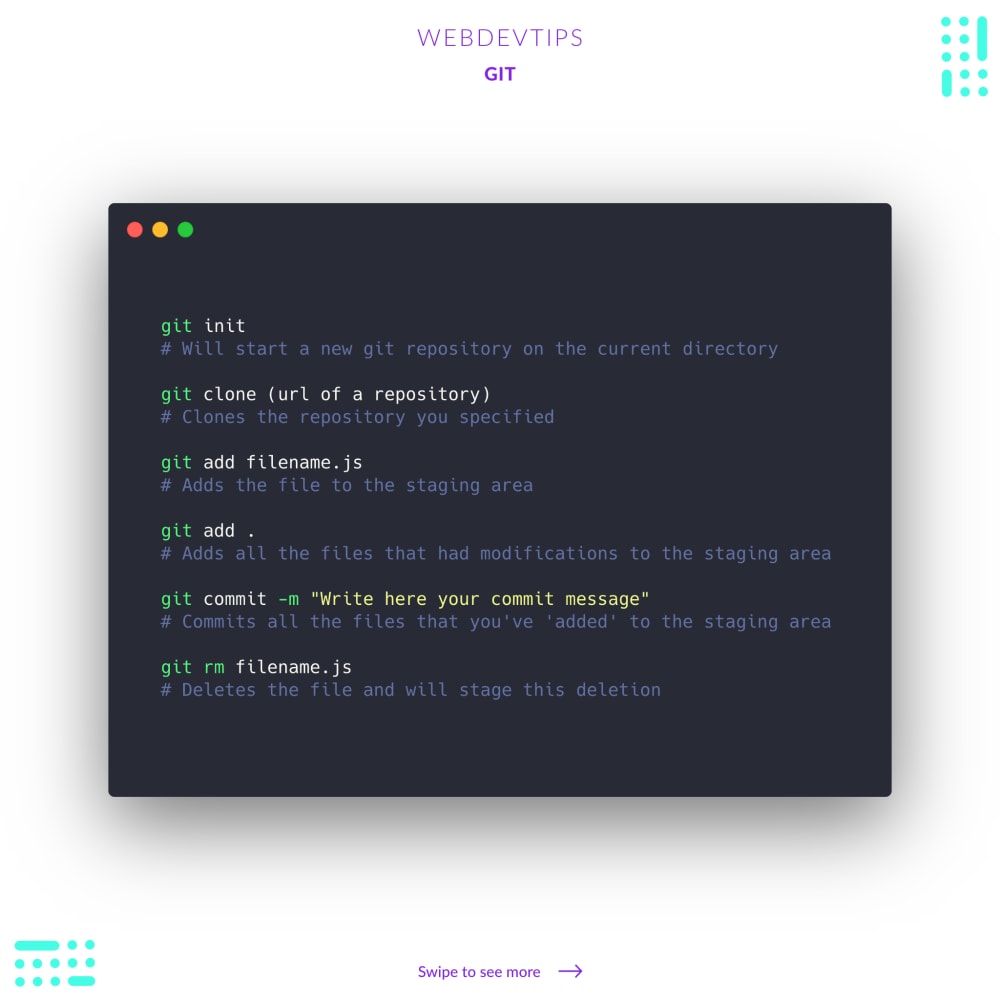 To start using Git, just go to their website and install the executable they provide. After that you will have access to the 'git' command line interface. Look at the code snippets to see the most basic and most used git commands so you can start using it on your projects! 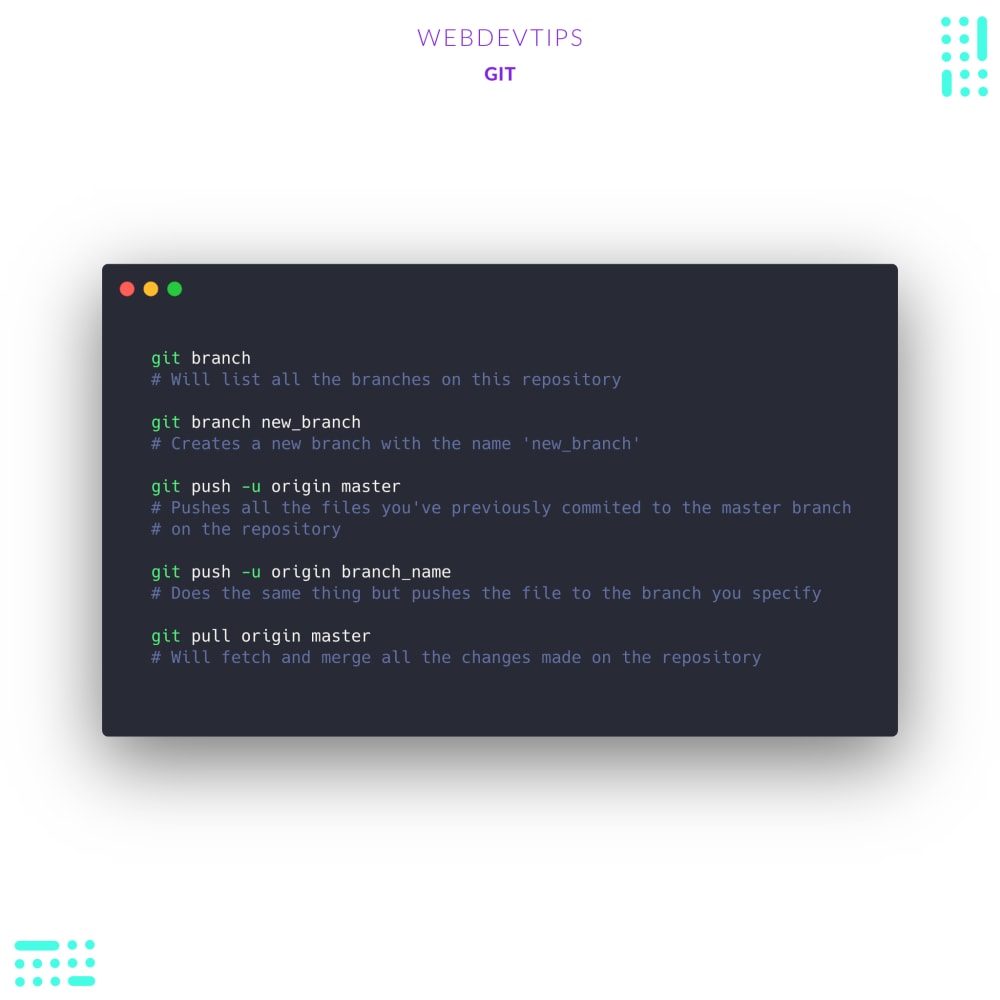 Hope you liked it and for those who never used Git I hope you give it a try. It's super useful and it's a 'skill' that is definitely needed for most dev jobs. Have a nice one guys 😀🔥